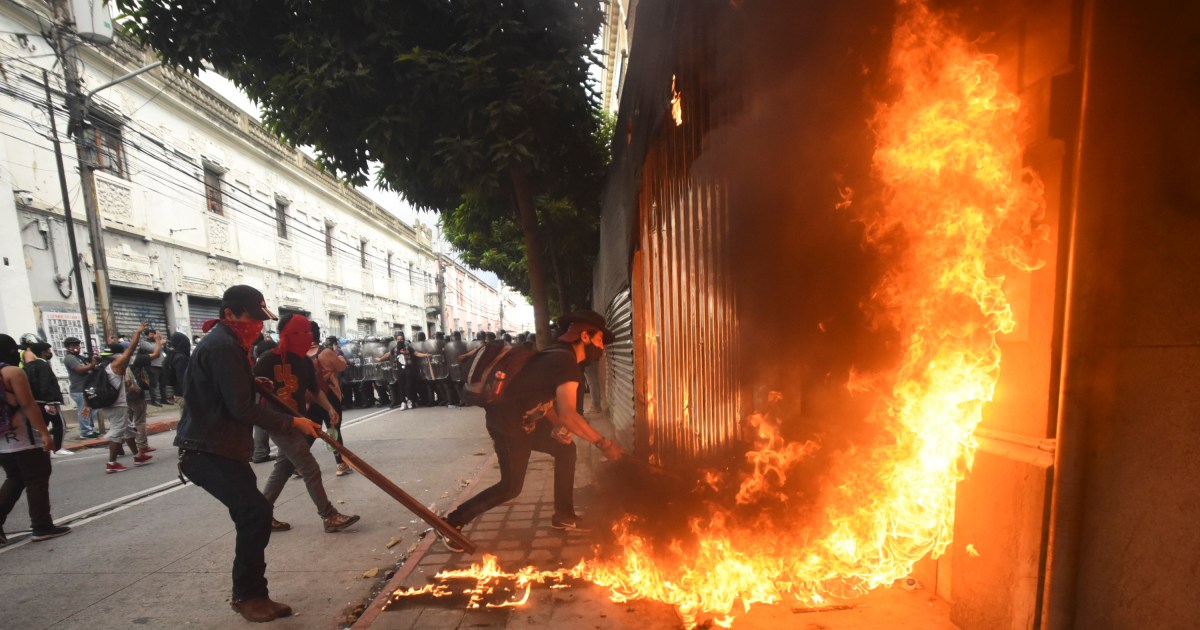 Thousands of people have staged the biggest protest yet against Guatemalan President Alejandro Giammattei, with some setting fire to Congress, fuelled by anger over cuts in the 2021 budget as the country reels from back-to-back storms.

Waving Guatemalan flags and signs declaring “Giammattei, resign,” demonstrators in Guatemala City on Saturday called for Giammattei to veto the budget, which legislators approved at dawn last Wednesday even as Hurricane Iota was drenching parts of the Central American country still grappling with the destruction from a prior storm.

At 99.7 billion quetzals ($12.9bn), the budget increased public debt while cutting funding for healthcare, education, human rights and the justice system, outraging people from students to business leaders in a year marked by the economic crisis of the coronavirus pandemic.

While most protesters assembled peacefully at the main square, others smashed the windows of the Congress building and set fire to the interior, sending columns of orange flames rippling out, social media and Reuters images show. A cloud of grey smoke could be seen blocks away.

A spokeswoman for San Juan de Dios General Hospital, one of the capital’s biggest hospitals, said it was treating 14 people for multiple injuries and tear gas inhalation, after clashes with police in riot gear who used force to disperse the crowds.